The Tower of London awaits with its tales of Royal love, lust, murder, executions, wartime garrisons and its key role in the history of the British monarchy.

What you need to know about the Tower of London

Access: Entry costs around £23 with concessions available for seniors and children.

Fact: As well as being a UNESCO World Heritage site, the tower plays an active role in British monarchal life by, amongst other things, securely housing the simply stunning crown jewels of the sovereign Queen Elizabeth II.

Built as a fortress to stand the test of time

The Tower of London was built in the 11th century by William the Conquerer as a royal palace and a defensive military structure. It actively served as a military garrison and genuine stronghold until the turn of the 20th century. Yeoman guards who are stationed there to this day are career soldiers who have generally carried out significant military service prior to taking up their positions at the tower.

The Yeoman guards are also the people who will be taking you around the Tower of London and its grounds if you join a guided tour. There is no charge for these tours and they are 100% worth waiting for (they regularly set off from the main gate and there is a sign telling you when the next tour is). Your guide is the most knowledgable person you will likely meet about the tower, has an encyclopaedic recollection of stories relevant to each point of interest, is a decorated soldier and usually have some excellent anecdotes and jokes to pass on that you will not hear anywhere else.

You can of course walk around independently but we highly recommend joining a Yeoman tour. 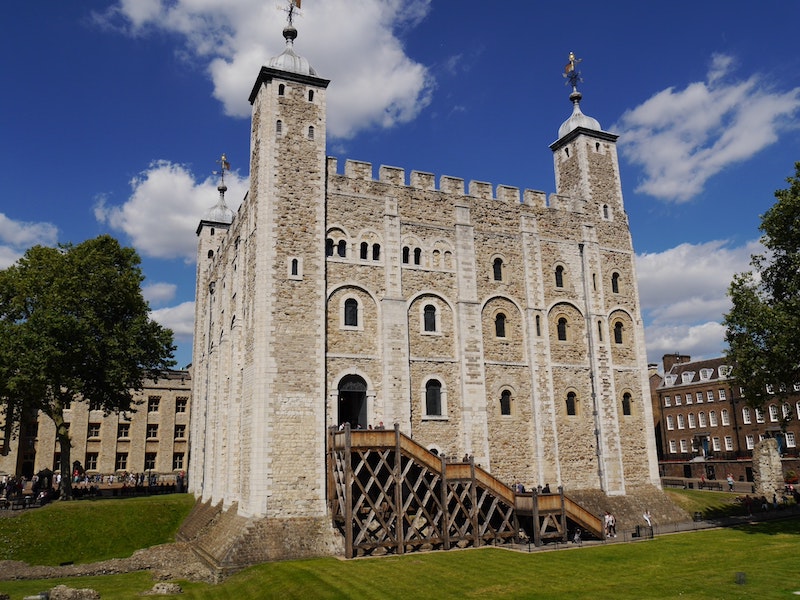 The imposing White Tower that stands at the centre of the Tower of London near the River Thames.

UNESCO shows the place much love

There are around 1,000 World Heritage sites around the globe. The Tower of London stands proudly as one of the few medieval structures on the UNESCO list still in such amazing condition. This is a serious testament to the builders, renovators and restorers who have all painstakingly worked to maintain the structure. Respectful tourists also help so if you to decide to visit please be aware that you are walking around literal British history and things are not to be vandalised or in anyway disturbed.

Hope that you spot a raven. If not, RUN!

Legend has it that if the ravens who live in the grounds of the Tower of London were to leave and fly off, that the tower walls would come crumbling down. There are six ravens (and a spare.... just in case) who make their home within the grounds and are tended to by the tower's staff. The birds have also had their wings clipped to be doubly sure that they do not fly away in case the superstition was to somehow turn out to be true.

The Tower of London is the home of the Crown Jewels

The entire crown jewels collection comprises over 23,000 jewels including some of the largest gemstones ever found on earth.

Hold on to your head if you can

There is a dark side to the history of the Tower of London. As well as being the burial site for many famous fallen Brits throughout history such as Anne Boleyn, there were 22 formal executions that took place within the grounds.

A memorial to some of the more tragically beheaded figures can be found within the grounds adjacent to the Chapel Royal of St. Peter Ad Vincula. 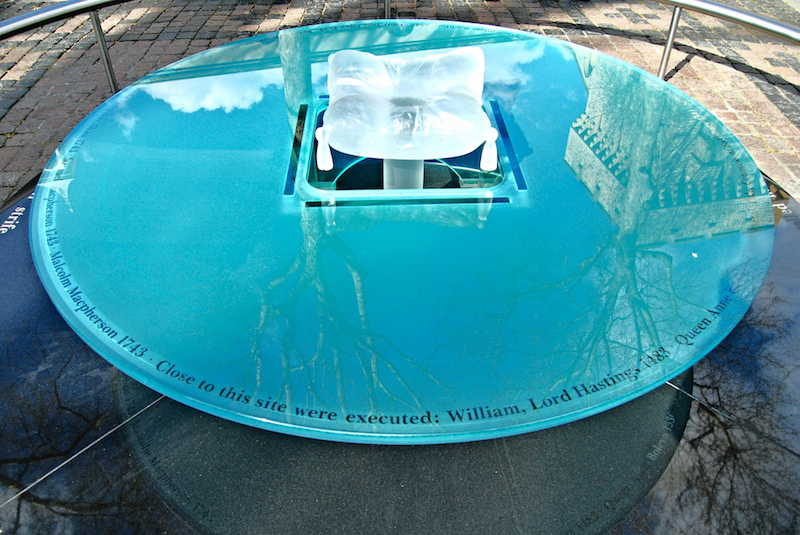 The touching memorial to people tragically beheaded at the Tower of London.

Lions and tigers and bears, oh my!

There was incredibly a fully operational zoo at the Tower of London for around 600 years until it was closed in 1835. The animals were then relocated to London Zoo which continues as a working zoo and tourist attraction to this day.

The Tower of London is haunted

There have been a number of ghost sightings over the years that, if you are (un)lucky enough to experience, will totally bring out your inner-Scooby Doo. Most famously sighted is the ghost of Catherine Howard who was the fifth wife of Henry VIII and who was executed on the site in 1542.