Visit London's Natural History Museum to marvel at the many wonders of the natural world and learn the principles of Darwinian natural selection.

What you need to know about the Natural History Museum

Access: Entry is free of charge, but please try to drop some change into the donation box to help keep the museum well funded.

Fact: The Blue Whale skeleton on display above the central hall is over 25 metres in length and weighing in at a staggering 10 tonnes!

Zone into all kinds of Natural History Museum treasures

If you have enough time to spend a few hours in the museum, take the time to explore every one of the museum's zones and learn all you can about nature, flora, fauna and the ways that humans descended and evolved.

There are many fascinating sights and incredible animal specimens from around the world, plus a large exhibition that focuses on the historic giants of yesteryear - the dinosaurs.

Learn about the rocks and minerals that make up our planet and enjoy the samples of most which you can touch and feel to get to grips with what makes up this wondrous home planet of ours.

The red zone is broken up into the following sections:

By the time you are through exploring the museum's Red Zone you will be an expert on all things geological. The history of tectonics and rocks will be your new expert subject.

Green zone exhibits focus on various creatures from the natural world. From insects to birds, the array of wildlife featured is remarkably diverse.

In the green zone you can wander through: 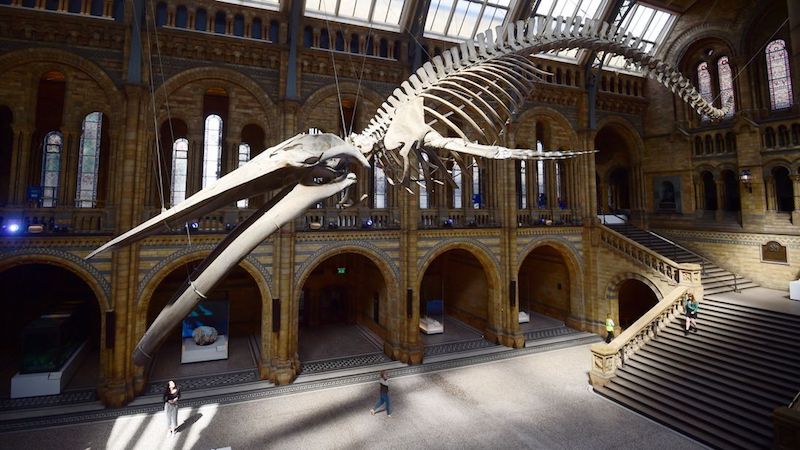 Get a grounding on things that crawl low, fly high and have been preserved in fossils for posterity. The green zone is a fascinating journey through some of nature's most interesting specimens.

The blue zone is where things get big and imposing. Marvel at the majestic giants of the Natural History Museum and step back in time to an era when the world was ruled by dinosaurs.

From the biggest giants of the land, to impressively adapted and imposing sea creatures of old, the blue zone features many specimens of the prehistoric predators that you have read about in books and seen featured in big screen epics like Jurassic Park. 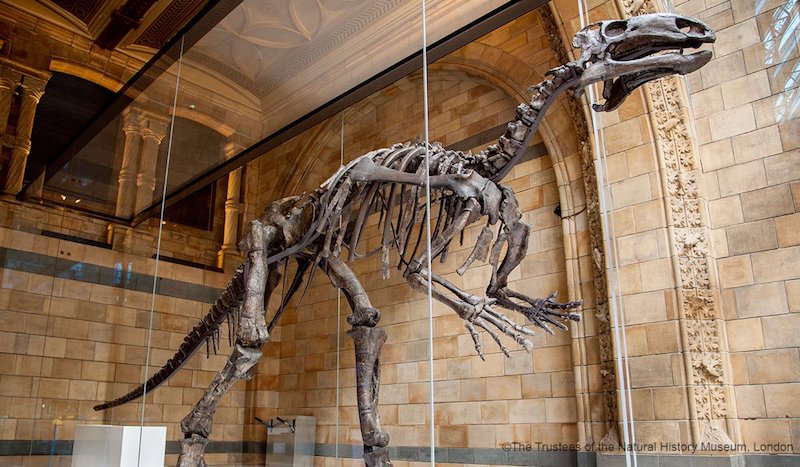 The blue zone is where some of the most impressive exhibits reside so if you only have time to see some parts of the Natural History Museum collection the Globedge suggestion is that you make this one of the 'must see' zones that you do work into your plans.

The natural world may be all about the organic and natural, but that world still works in a particular and ordered way. Understanding the natural world is key to better understand who we are and how the planet (and its inhabitants) has evolved and changed over millions of years.

Charles Darwin is rightly celebrated as the father of natural selection. The Darwinian model of evolution has explained the relationship between the natural world's constituent creatures. Orange zone highlights are the Darwin Centre and the Wildlife Garden.

The Darwin Centre in particular is a recent addition to the Natural History Museum and has become home to millions of specimens in the museum's collection, with alcohol used as a preserving agent. Now that this new section of the orange zone is open to the public you can view all manner of interesting, weird and wonderful natural specimens.

Learn more at the Natural History Museum in the Attenborough Studio

You can also learn about natural conservation work in the excellent Attenborough Studio. Lectures, demonstrations and seminars are commonplace with so much to be gleaned from experts in their respective fields within areas of study of the natural world.

Fancy a party into the early hours surrounded by amazing & ancient specimens? Get yourself to the Natural History Museum for one of their regular Museum Lates evenings where you can party with good drinks and top tunes played by DJs. Many of the exhibits can still be explored - what better way to do so than with good company and a glass of wine in hand. 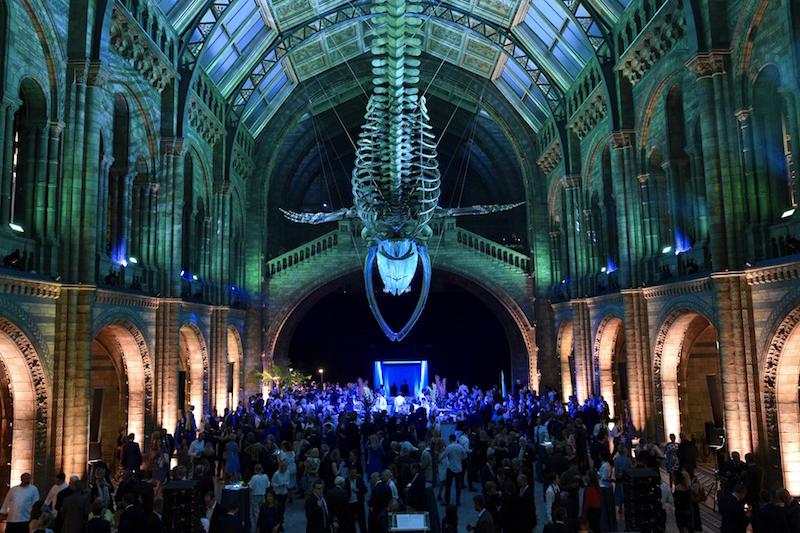 It's not every day you get to chat and dance with a giant blue whale floating above your head and dinosaurs in the next room. If you are looking for a novel night when you travel to London then Museum Lates might well fit the bill.