The still-standing Berlin Wall allows you to see a preserved part of the infamous divide that split the German capital in two. It is a brilliant thing to see while in Berlin and the official memorial is a cool place to visit!

What you need to know about the Berlin Wall

Transport links: If heading to the actual memorial then stop at either Nordbahnhof (S-Bahn) or Bernauer Straße (U-Bahn)

Access: The memorial is free and you can enter for no charge. Other sections of the wall are also naturally free of charge as they are just viewable around the city.

Fact: Although most of the wall was torn down, the memorial contains a long section of around 200ft that remains untouched to this day. Visit and try to imagine it during peak Cold War times.

A great reminder of the past

For decades the Berlin Wall was a literal divide, as well as a symbol of ideological partition, so it is fantastic that Berliners kept sections of it kept partially standing as a timeless reminder of all our collective sins of the past.

A section of the wall at the memorial now contains the wording: "In Erinnerung an die Teilung der Stadt vom 13. August 1961 bis zum 9. November 1989 und zum Gedenken an die Opfer kommunistischer Gewaltherrschaft" which is a great message and use of the wall in the 21st century.

It means "In memory of the city's division from 13 August 1961 to 9 November 1989 and of the victims of communist tyranny" and is a fantastic phrase to adorn the wall in modern-day Berlin.

As modern day monuments that hark back to a divided Berlin (and ideologically the world), the still-standing sections are both cautionary tales and used as a sign of defiance by contemporary Berliners. By appropriating them as canvases for satirical art and public message boards the locals are saying "never again" to division, ideological separation and distrust.

It has often been said that Berlin is one of the friendliest places you could be fortunate enough to visit. It is certainly true that in the 21st century it is a welcoming, wonderful and warm city. 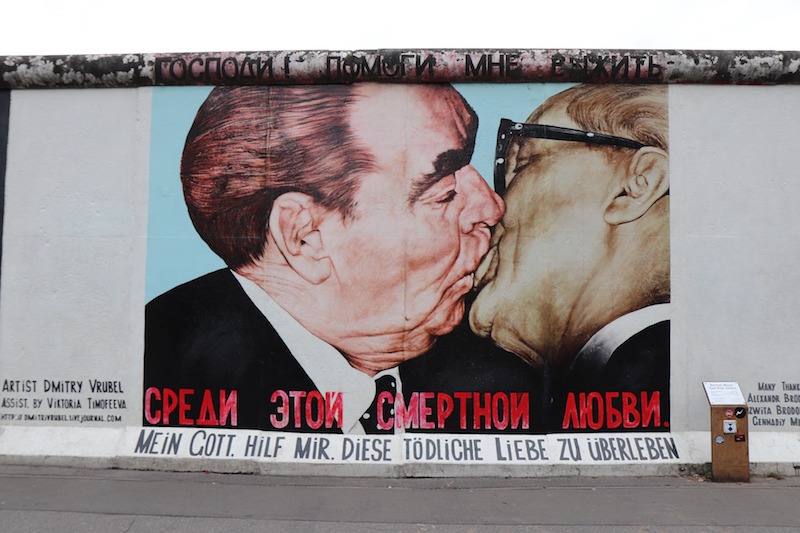 There are sections of the Berlin Wall around the city

As well as the memorial itself there are multiple places in Berlin that you can see sections of the wall still standing. Make sure you check out some of the following as each of the remaining sections often serves as a canvas for some very interesting street art, often with a political, satirical slant in terms of message:

These are all varied and interesting places to view some of the remaining wall, often with other attractions nearby. They are definitely worth checking out. The East Side Gallery is the Globedge tip if you only have the chance to see one of the places on our wall list.

Find a hotel in any of the areas (Mitte is probably the best option) and enjoy your travels seeing this world famous landmark up close and personal! 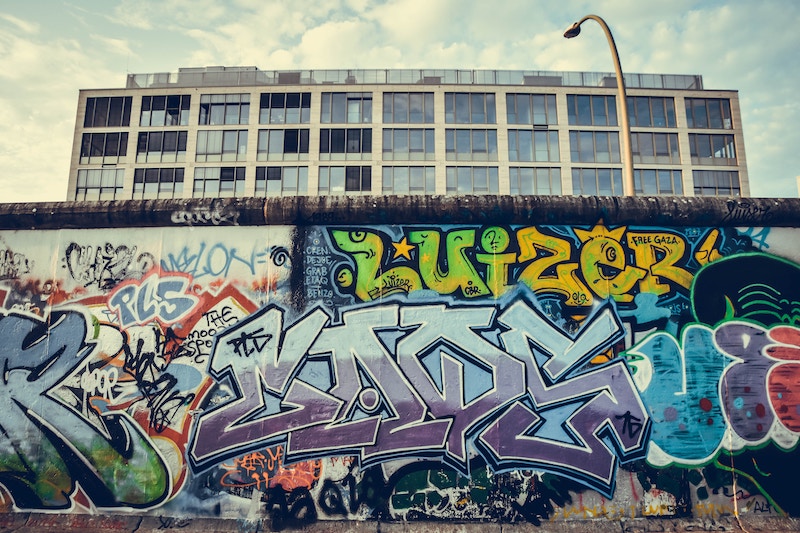 A section of the Berlin Wall standing today with contemporary street art and graffiti on it.