Berlin, the German capital, is famous for its unique assortment of attractions, its prospering social scene and a lifestyle that is both quick paced and loose. The contrast between the past and the present is evident when strolling amidst the historic buildings and modern areas. A magic city of great importance is a must to visit.

What you need to know about Berlin

Berlin is a city where you can have a ball without spending a fortune if you immerse yourself in it. You really get out of Berlin what you put into your trip in terms of effort. Get your walking shoes on and see the sights.

Language: German is the national language so picking up some handy German phrases would be ideal, but a high percentage of the population will be able to speak at least some English.

Currency: Berlin and the rest of Germany uses the Euro (€), which is normally traded as one of the stronger currencies in the world.

Weather: The weather is very Europan - unsupringly. It can be lovely and warm in summer but around freezing temperatures with some ice/snow in the winter time so pack approprietly!

From Einstein to Hitler, Marx to Bowie and beyond, famous figures throughout modern times have helped to shape – and been themselves partially moulded by – Berlin, whose lavishly curated history surrounds you every step of its city streets.

This is a city that was the source of much 20th century upheaval, was headquarters to war-time Nazi officials, was besieged at the end of World War II, was partitioned in two by the Berlin Wall and latterly rejoined to much local celebration – and that was just the last hundred years!

Stroll along leftovers of the Berlin Wall and see the graffiti that adorns its sides with various messages of peace and defiance, wander about the magnificence of a Prussian castle, visit Checkpoint Charlie to or the actual spot where the Holocaust was arranged. The memorial to the victims is a harrowing but important spot on any tour.

Berlin is an unendingly interesting place to visit where the past meets the present and creates a rich tapestry of things to do, see, learn and grow. 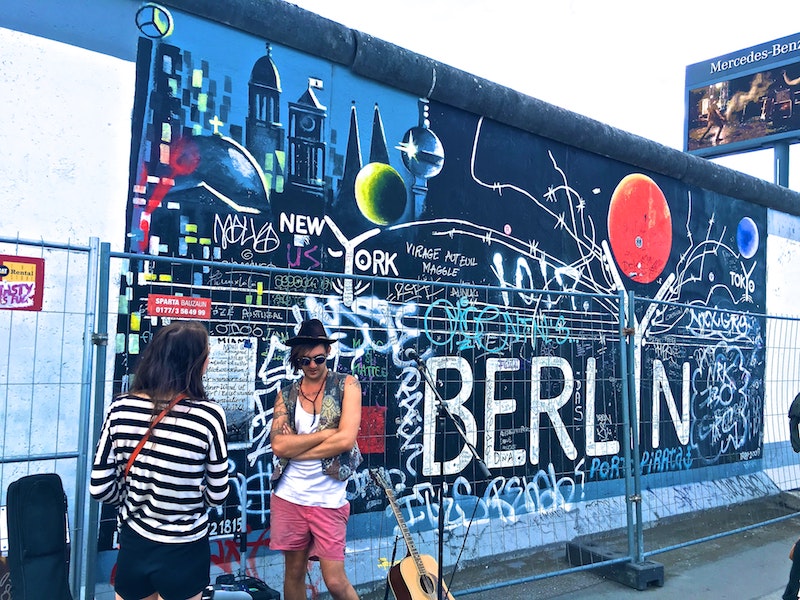 A section of the Berlin Wall with a mural added to it.

A party that never stops

Move over New York – Berlin is the real city that never sleeps. You would be forgiven for thinking that Berliners are the hedonists of Germany because these days they can't get enough partying and celebrating "this thing called life" (to quote the late, great Prince - RIP). Whatever you are looking for from a get together you can find it ranging from the wildest all-night clubs to the most inviting and welcoming pub for a schnitzel and a stein of German beer.

For the more adventurous you can explore the darkest parts of a basement club and dance the night away to Europe's top techno and house music. The less risqué partygoer can slip into a micro brewery or settle in to a night at the symphony. You can dot from one party stop to the next - as long as you pack your bag full of stamina and a desire to have the biggest party of your life!

A place for culture vultures

With regards to imagination, in Berlin there is no end to what is conceivably possible. The city serves as a hub for many of Europe's best innovative digital businesses.

This creative spark is equally evident in the city's best culture spots. You can watch world-renowned entertainers performing at Berlin's theatres whether it be a concert (modern of cladsical), a musical, an opera or a play. Konzerthaus Berlin plays host to the biggest stars of the classical music scene in a wonderful venue to listen to renditions of Beethoven, Mozart, Bach and the other grand master composers of old.

Big budget or small, the highest of high brow or a chilled out everyday vibe, Berlin offers something for everyone musically, artistically and culinarily. Big thumbs up all round!

A place to chill

Berlin is a major multicultural city however where it counts it keeps up the honest appeal of a  friendly town, just one with a global vibe. Local people pursue the philosophy of 'be cool, be kind' and put more prioritisation on being happy, friendly and open rather than on riches and flashy or pretentious symbols of wealth.

The city is full of Bistros (many of which are also full throughout the day - you can always still squeeze in even when they are busy), the locals enjoy a drink (it is a borderline religion in Berlin to drink socially) and many have no problem striking up a conversation with a traveller catches their eye. If you are friendly and respectful to locals then they will treat you in kind, help you with any queries you might have about your surroundings and, if you're lucky, you might even get an invite to join them for a tipple.

How to get around

The transport links in Berlin are excellent. Public transport is efficient and runs very well with the U-Bahn and S-Bahn trains getting you to anywhere you need to be. There are other public transport options that will get you from 'a to b' easily enough although many of the city's sights are close to one another so a bike ride or a walk between spots is a realistic consideration for those of mind to stretch their legs. The city also has infrastructure that could theoretically cater for WAY more people than actually live there so you can often find a seat in the rush hour commuting time on the city's trains. Time to travel there and check out unquestionably the coolest city in Europe. 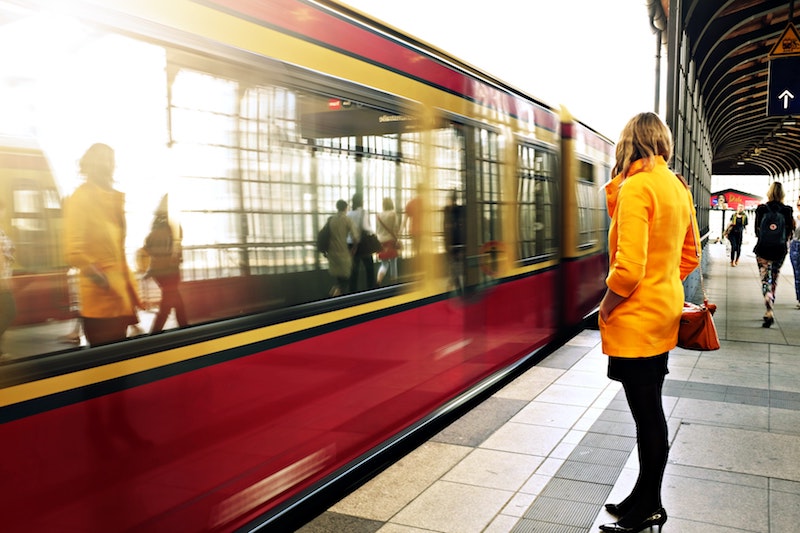 The transport links in Berlin are SUPER FAST and efficient. Jump on an S-Bahn train and enjoy!