Visit Buckingham Palace to feast your eyes on the world's most famous royal residence complete with the famous guards who protect the British Royal Family.

What you need to know about Buckingham Palace

Access: Entry costs around £25 with cheaper concession tickets available for children and seniors.

Fact: Buckingham Palace is frankly huge and is the most impressive building in London both in terms of grandeur and sheer size. It contains 775 rooms and the front of the palace spans over 108 metres. That is 3 metres longer than the pitch at Wembley Stadium!

A Palace with a purpose

There are many royal residences around the world but few are actually a place of work. Although open to the public at various parts of the year, Buckingham Palace is genuinely still the residence of HM Queen Elizabeth II when she is in London, and a place with hundreds of staff living and working within every day. 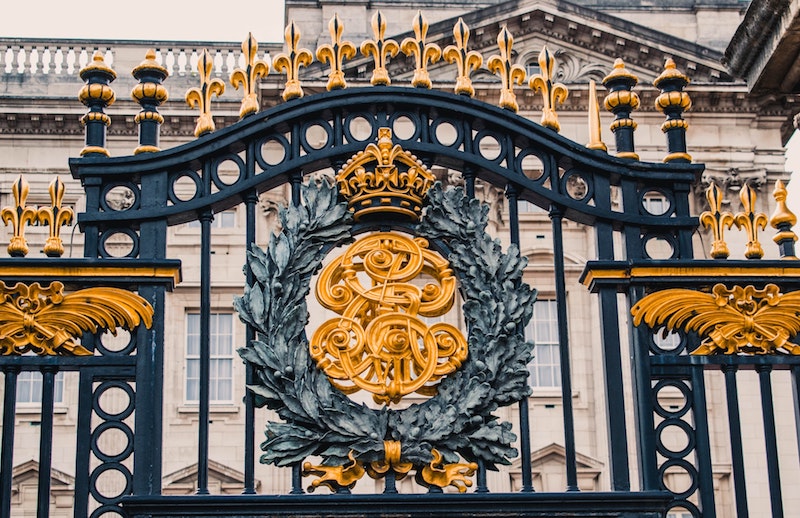 The regal gates of Buckingham Palace where Queen Elizabeth II resides when she is in London.

Of the hundreds of rooms found in the palace, there are 19 State Rooms. These are opulent venues for the monarch to receive and entertain her guests and invitees. Emblazoned with signs of the tremendous wealth of the English Crown, these rooms contain fabulous artworks, magnificent marble and sculpture that will impress even guests used to being surrounded by opulence and such riches.

On a summer tour of the palace you should be able to see some of these rooms and indulge your inner-HRH just a little.

Buckingham Palace has the grandest of staircases

You will see many impressive parts of the palace when touring it, none more so than the Grand Staircase designed by John Nash in the early 19th century.

Featuring amazing bronze casting and lit from above by an impressive glass dome, the Grand Staircase leaves you under no illusion that you are not in a normal home, but instead walking through the home of the most regal and historic of royals. 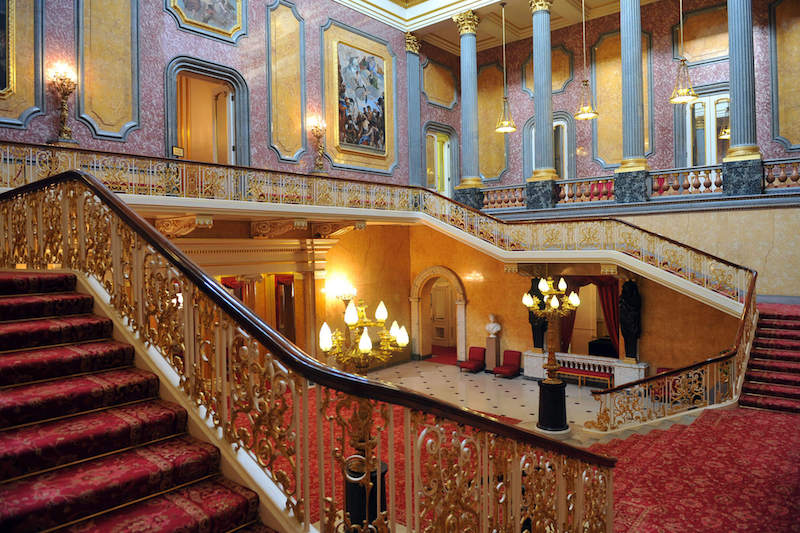 The Grand Staircase of Buckingham Palace.

Many pieces from the royal collection are on display throughout Buckingham Palace. There are works of art from master artists such as Nicolas Poussin, Rembrandt, Canaletto and more. Complimenting the array of paintings are numerous sculptures and other refinery dating back hundreds of years.

The Royal Family have a keen eye when it comes to art and share some of their collection with you to view on a tour of the palace. There are also portraits of former monarchs on show for visitors to enjoy.

Like in many other tourist attractions in London you can pick up a handy audio guide to help you travel from one palace point of interest to the next. The guide of Buckingham Palace is a little different as HRH Prince Charles himself introduces the audio tour and the future monarch happily welcomes you to his family's most famous home. Audio guides are available in English, French, German, Spanish, Italian, Japanese, Brazilian Portuguese, Russian and Mandarin.

The most popular part of Buckingham Palace with those who travel to tour it is the Throne Room.

Featuring the thrones used to mark special occasions such as crown Jubilees and investiture ceremonies, the Throne Room also features in a number of famous photos from throughout the years. It also doubles up as a ballroom at times. The palace's official ballroom is also one stop on the tour and is it HUGE so try to imagine how many times over your living room at home could fit into the space.

The greener side of Buckingham Palace

While the building is of course the star of the show, the grounds that surround it are nothing to be sniffed at and are highly impressive in their own right. Spanning a whopping 16 hectares and home to more than 500 types of plant and tree, the gardens are a lovely space to wander around as part of a tour. Check your tour ticket to see if it includes a garden tour as some access is separate from the main palace building.

The garden also features a private 3 acre lake, tennis courts where King George VI once played Fred Perry in the 30s and other splended sights like the palace's Rose Garden.

Halt, in the name of the Queen!

One of the most iconic images of London are the guards on sentry who keep the Royal Family safe. Clad in red uniforms and sporting their famous bearskin hats, the guards famously do not smile or talk to visitors, but instead focus on patrolling the grounds. Please follow the Globedge advice to be respectful of the guards. They are serving active military personnel carrying real weapons and are carrying out their jobs as member's of Her Majesty's Armed Forces. Even being respectful, there are plenty of opportunities to get great photographs from a distance so your travel memory of Buckingham Palace and London stays with you forever.