Visit the home of German politics - the Reichstag - where the modern, progressive "Bundestag" parliament governs from, and where infamous figures like Adolf Hitler once gave rousing speeches addressing the ruling Nazi party in the 1930s and 1940s.

What you need to know about the Reichstag

Access: The glass dome or "cupola" and the roof area of the building can be accessed by the public for free. You must register in advance online.

A Globedge tip is to book for breakfast within the restaurant on the roof to have a splendid bite to eat while enjoying the views of other nearby attractions.

Fact: The German parliament only returned to Berlin in the years that followed reunification when the building was given a huge renovation and redesign. Prior to that, for the 50+ years after World War II, the seat of government in Germany was actually in Bonn.

A short but chequered history

The Reichstag has not stood forever - it is barely over a century old - but in the relatively short time since it was constructed it has seen a whole host of key events. You can learn all about them by joining a great official tour opportunity and get a sense of the historical happenings that took place there.

When first opened the building was dismissed by the Emperor as a "chatting house for monkeys" which is certainly a derisory categorisation. However within a couple of decades, following the end of the horrendous and bloody World War I, it was the site where the German Republic was proclaimed (a wonderful thumb in the eye to the dismissive imperial holders of power no doubt!).

In 1933 a fire broke out that damaged the building and was used by the Nazi party as an excuse to blame communists and ultimately consolidate their grip on the German government - we all know how that turned out for the rest of Europe, and ultimately the entire world as the Second World War killed millions of soldiers and civilians alike.

When a vote in the parliament was called demanding absolute power be given to the Nazi party a handful of MPs voted against this. After power was secured by Hitler these dissenting voices were sent to labour camps and ultimately murdered. A subtle memorial that looks like vertical slate tiles stands outside the Reichstag. Each tile has the name of a dissenting person chiselled on it in a fine example of the German people not shying away from their past. Instead they acknowledged it, and then make excellent steps to move on from it progressively and for the good of their country. 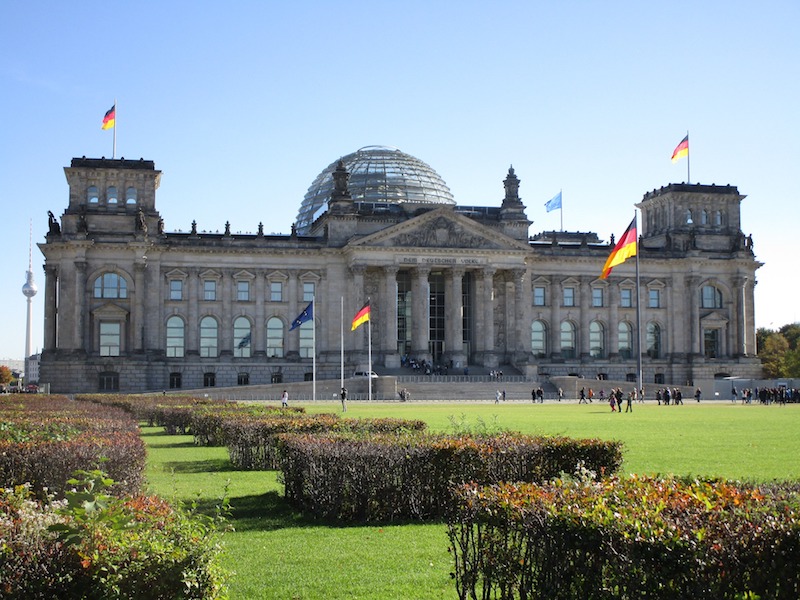 The Reichstag is a very impressive building now that it has been renovated and is actively used again by the Bundestag.

After the tyranny of Nazi rule in 1930s and 1940s Germany, there is a wonderful literalness to the motto inscribed on the front of the building. The government is utterly held to account and really does work for its people in a modern, accountable, democratic sense.

Both the German and European Union flags fly on the roof proudly.

The building's facade is as you would expect from a classic Berlin landmark. Large columns, reliefs featuring triumphal figures and clear influences from classic Grecian/Roman building styles all combine to make a hugely photogenic design that absolutely screams "INSTAGRAM ME!" 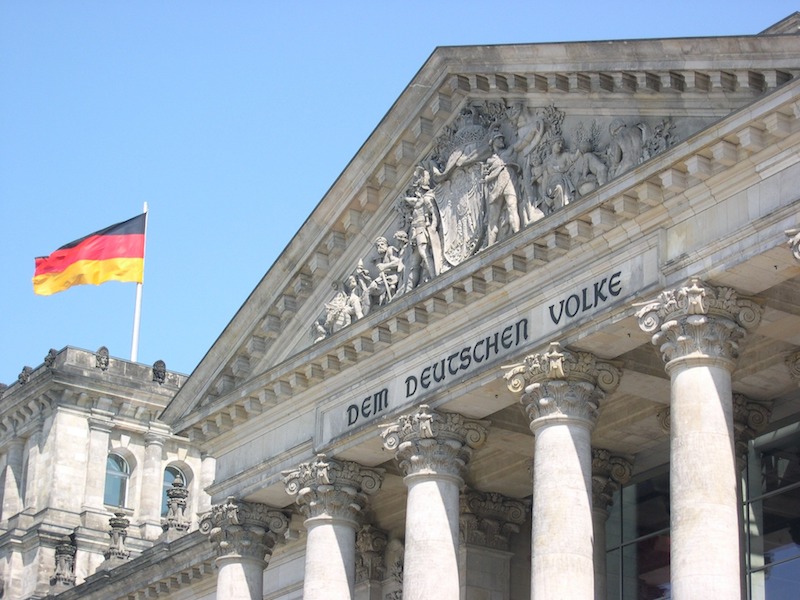 The Reichstag dome is beautiful and also beautifully symbolic

The building was bombed during World War II it resulted in the roof being blown out. This stood without being renovated for decades throughout the Cold War until reunification took place.

Once the parliament moved back to Berlin and to the Reichstag the dome was built as part of an overhaul of the building.

The dome not only looks sensational and a great contrast to the masonry that it sits atop of, but because the centre of the dome actually looks straight down into the main parliament building itself, it also serves as a symbolic way of the German people being able to 'keep an eye on' their government by peering through the glass. 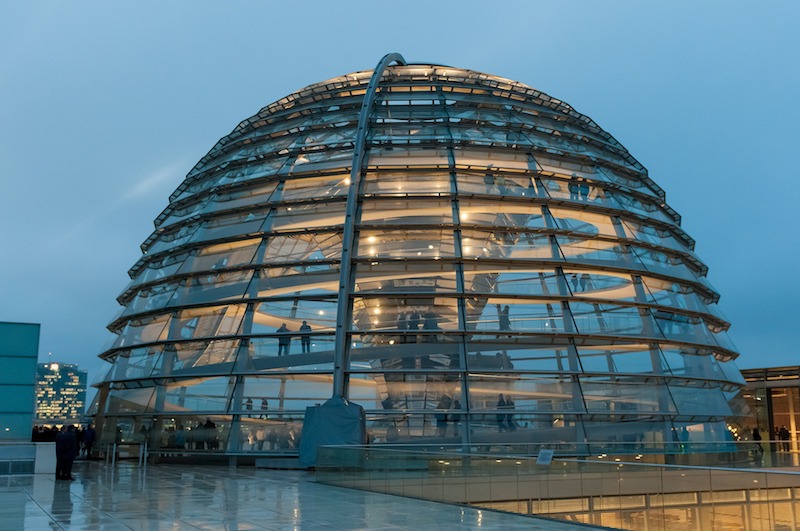 The building's glass dome or "cupola" is a hugely popular tourist attraction in Berlin.

You should definitely go on the tour

If you are going to travel to Berlin then a Reichstag tour needs to be on your list of things to do.

You can easily spend an hour wandering up the dome taking in not only the view (which is great!) but also reading and learning about the history of the country.

As you spiral around the dome you will be walking through the historical timeline of Germany. The audio guide will help you to learn a lot about the Reich and let you see the evolution from one era to the next. 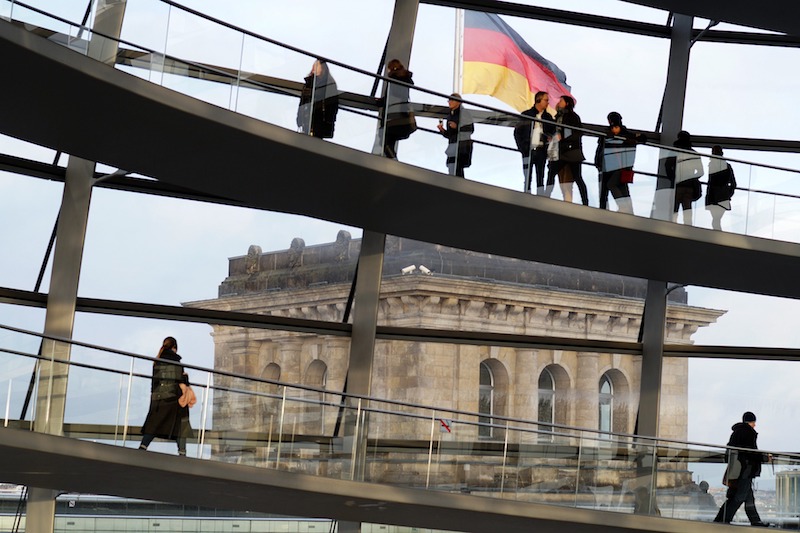 A Reichstag tour is one of the more interesting things to do in Berlin.