What you need to know about Museum Island

Transport links: Hackescher Markt (S-Bahn) is 10-15 minutes walk from Museum Island. Alternatively the M1 and M12 trams stop at nearby Kupfergraben, less than 5 minutes walk away.

Access: Entry to the area itself is free to walk around and the buildings are impressive and beautiful. To access individual museums will naturally come with some charge or request for donations.

An amazing collection of museums

When you travel to Berlin's Museum Island (or 'Museumsinsel' in German) you are in for a serious treat.

As the name suggests, the focus of the area is a collection of immense museums that you can easily spend a decent chunk of a day wandering around - perhaps a bit of lunch in between - and see some brilliant collections of antiquities from around the world.

The five museums you can visit on the island are:

Each has distinct collections and offerings all brought together in one sensational group that makes the area itself a cultural hub and focal point quite unique in its makeup. You for sure have to pay a visit!

What to see and where to visit

There is loads to see and do when taking in the collections housed in the various buildings and it can be hard to know where to start. Ultimately it does not matter as long as you see some awesome pieces, learn a little maybe in the process and generally have a fun time.

With that being said, things can be explained and categorised still so you know what to expect, what to prioritise and where to head if you do indeed have a 'hit list' of things to tick off.

The Altes Museum (or Old Museum) is the original on the site and has been there since 1830. Its outside is made up of impressive columns that are neoclassical and striking. Inside you will find a nicely refurbished space that is home to classical antiques from the Roman Empire and Ancient Greece. Make sure you check out the busts of Caesar and the infamous Cleopatra. There is also Etruscan art to take in and see which is something worth checking out as it is the largest that you will likely find anywhere outside of Italy.

The Bode-Museum is where you can see a massive set of sculpture from the middle ages right through to the end of the 19th century. The other highlight is the Byzantine art that is really, really interesting to see. You can find the building on the northerly point of the island as an FYI when on the hunt and its distinctive facade stands out to help to find it. 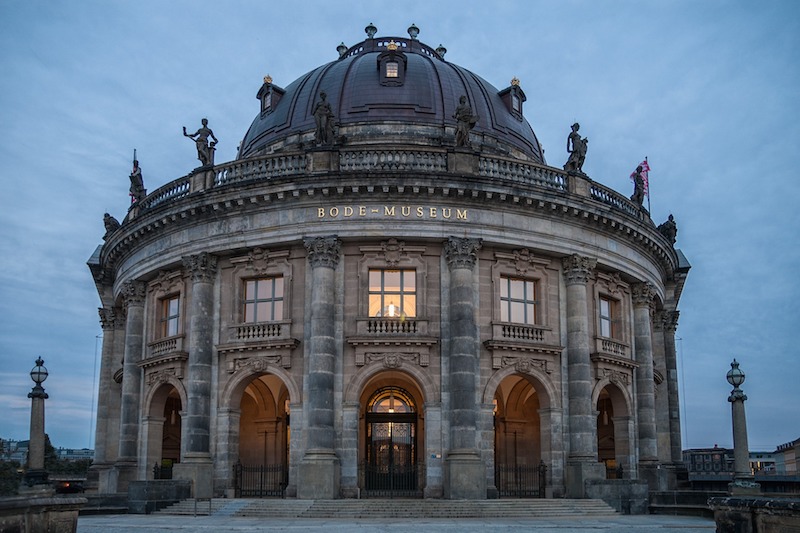 Elsewhere the Pergamonmuseum is the most popular museum in Berlin with over a million visitors annually. There are big highlights like the Roman Market Gate of Muletus and many pieces that comprise a brilliant horde of Islamic Art.

The biggest draw is certainly the remarkable and stunning recreation of the Ishtar Gate which once stood as the eighth gate of the inner city of Babylon. It was built in 575 BC by the legendary King Nebuchadnezzar II. This is unquestionably the Globedge top recommendation of something to see as part of your time here.

The recreation was created using excavated materials in the 1930s, is a whopping 14 metres tall over 30 metres wide. It is really massive and really amazing to see up close. Definitely add it to your list of things to see in Berlin. 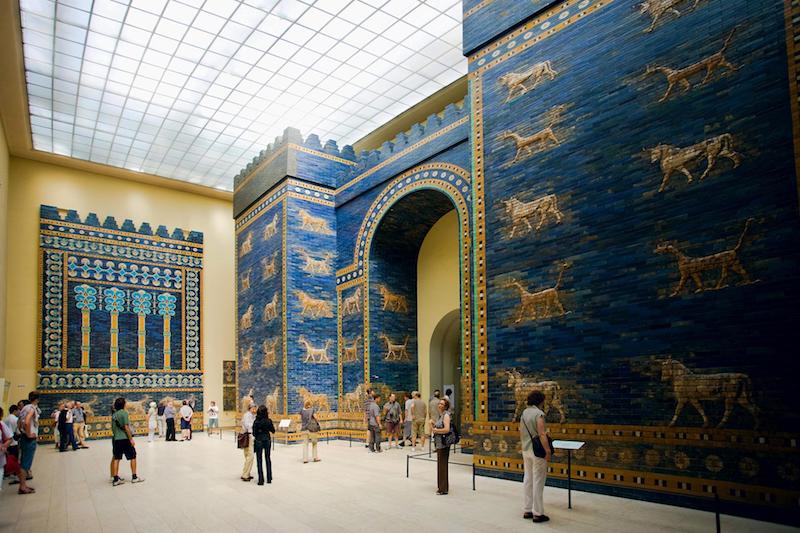 The stunning recreation of the Ishtar Gate found in the Pergamonmuseum

Another massive draw for tourists is the bust of Nefertiti, once the queen of Ancient Egypt, that is the main attraction in the Neues Museum (or New Museum), as well as a big colletion of papyrus and other pieces from Egypt.

There is also a good swathe of interesting items from the Museum of Prehistory and Early History that now are on display in the Neues Museum. Totally a place to check out if you are interested in that period of history.

The last, but by no means least, of the venues is the Alte Nationalgalerie which, as its fairly literal name suggests, is the Old National Gallery. Inside you will find works of art from luminaries such as Renoir Monet, Liebermann and more. The artwork covers neoclassical and Romanticism right through to Impressionist and more relatively modern art.

With all that being said there is no shortage of things to see and do when on Museum Island so book out a few hours and take in one of the finest and most varying collections in all of Europe, perhaps even in the entire world.