Climb aboard Royal Yacht Britannia the former yacht used by Queen Elizabeth II and see how the British monarch once travelled the seas in serious style.

What you need to know about the Royal Yacht Britannia

Access: Tickets cost £16.50 for adults with cheaper tickets for children and seniors.

As an FYI, if you book your tickets online within 7 days of your visit then you will need to collect your tickets from the Visitor Centre. If you are booking for a date more than 7 days in the future then tickets will be posted to your chosen address.

Fact: When the yacht was built in the 1950s it cost a mere £2 million. Imagine what it would cost to build a luxurious ship these days!

A floating palace to marvel at

For forty-four years the British Royal Family sailed the seas aboard HMY Britannia. The Royal Yacht served as a luxurious portable palace where the family would often spend part of the summertime. It was no doubt a welcome retreat away from their regular palaces such as Buckingham Palace in London.

The Queen herself could be found on the yacht as well as other members of her family such as Princes William and Harry. Due to the cost of maintaining the vessel it was retired in the 1990s, which means that you can now walk up the gangplank and stride onto the ship when you are visiting Edinburgh.

You can travel the entire length and breadth of the yacht and see where the Royal Family would host dignitaries, have their honeymoons and take time away from Britain to relax on holiday.

Particular highlights are the Queen's own bedroom, the state apartments and the engine room of the yacht which provides a wonderful insight into how life was on board, and how the ship was powered further down below.

You can also learn some of the history of Royal Yacht Britannia while on board, and find out about some of the most famous guests to have been hosted including Sir Winston Churchill, US President Ronald Reagan, South African Premier Nelson Mandela, Frank Sinatra, Elizabeth Taylor and more. 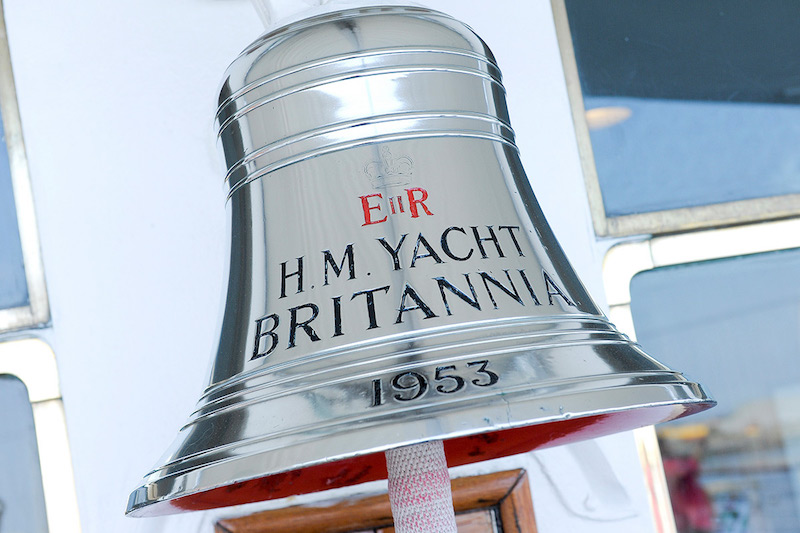 The bell of the Royal Yacht HMY Britannia.

Follow in the footsteps of royalty and learn while you do

When you visit Royal Yacht Britannia there is an option to take an audio guide. It is available in 30 languages and the Globedge recommendation is definitely to pick one up so that you do not miss information as you tour the vessel.

You will find lots of information on board and the audio guide will help highlight aspects of the ship to you that are really interesting.

The audio guide is free for visitors and will guide you through the ship excellently.

There is opportunity while you visit to take in the Royal Deck Tea Room which provides freshly made lunches, plus teas and coffees. The prices are more expensive than you will find off the ship but there is something quite nice about sitting back with a cup of tea in the space previously used for relaxing and playing deck games by the Royal Family. 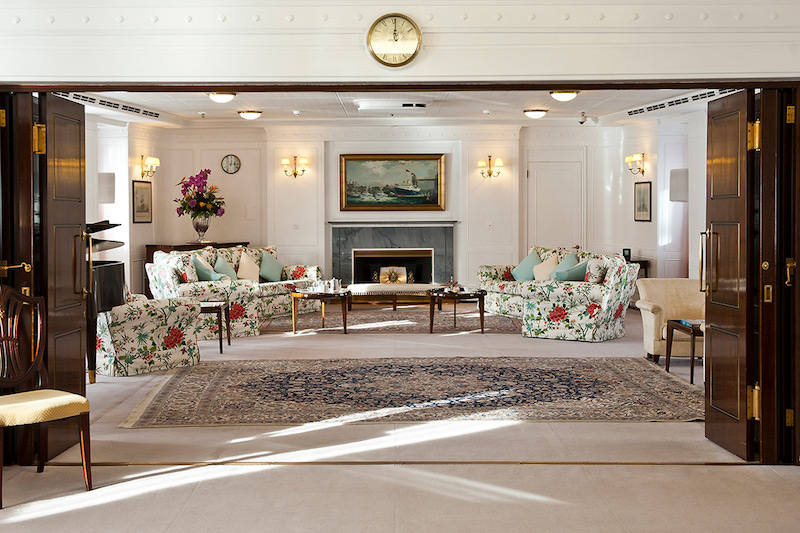 The interior below deck of HMY Britannia is luxurious but echos the elegant style of the mid-20th century.

The clocks all stopped after a long, distinguished service.

After sailing over one million miles at sea the Royal Yacht Britannia was finally decommissioned from service. At the official decommissioning service, Her Majesty Queen Elizabeth II was piped ashore for the final time at precisely 15:01. Every clock on the ship now remains stopped at that same time permanently as a reminder of the moment that the status as the royal yacht had officially come to an end.