The jewel of the Mediterranean, Monaco is a beacon of wealth, decadence and the finest of fine lifestyles. Read our guide of how to travel there in style.

What you need to know about Monaco

Language: The national language is French. Common languages that will likely be understood by many locals are Italian and English, as well as the local dialect of Monégasque.

Currency: The currency is the Euro.

Banking: Banking and all major bank cards is no issue when you travel.

Embrace your inner-Bond and spend an evening at Casino de Monte Carlo, the world's most famous and esteemed casino that has been in operation since 1863! To gamble there you need to show up after 14:00 when the house rules bar under-18s from the casino. You can then enjoy the turn of the cards, spin of the wheel and roll of the dice.

Baccarat awaits those wanting a riskier game that James Bond himself enjoyed to play. The choice is yours when taking a seat at the tables of this incredible casino venue. 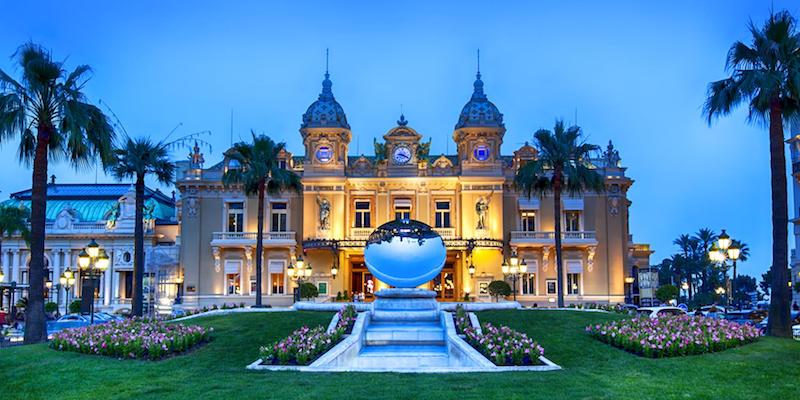 Monaco is the playground for the rich and the famous

A tiny place on one Mediterranean peninsula, Monaco is the second second-smallest country on earth, bigger only than the Vatican City. What it lacks in terms of size is more than made up for a style and embracement of hedonism that will make your head spin. Its unswerving appeal to the world's super-rich is easy to see by strolling by the Marina area that houses some of the largest luxury yachts you are likely to see; the wealthiest people certainly travel in style.

There is a year-round appeal that draws the high-rollers and travellers seeking a luxury holiday experience - even more so than Paris - but that is even more evident one weekend a year when the formula 1 circus comes to town and the Monaco Grand Prix sees the world's best drivers hurtle around the streets at upwards of 200mph, as spectators pop champagne and party the post-race night away.

A race like no other: The Monaco Grand Prix

Lights out and away they go! There are few sporting sights like the principality’s annual formula 1 marquee race. The glitz, the glamour and the sheer amazement at the death-defying feats of racing combine with the already scintillating surroundings to provide a real bucket list experience. Tickets for the race are available if you book them well in advance; the beat seats being eye-wateringly expensive. You can also view the action from the hills overlooking the area for a novel way to watch the race. Even if you don’t get to see the action live, when the Grand Prix is on it is a party time not to be missed!

Monaco has a royal residence to rival any other

The Prince's Palace of Monaco has been the residence of the Grimaldi family - the ruling family of the principality - since the 13th century and is as impressive as it is imposing. Amidst the style and glamour of Monte Carlo and the French Riviera, the Prince's Palace stands as more than simply a royal residence. The courtyard has hosted performances from the Monte Carlo Philharmonic Orchestra for over 50 years, and many of the palace's state rooms are open to the public to explore and see how the royal family live. The Prince's Palace of Monaco at night

As the royal family, including the reigning Prince, use it as their official residence you can expect to see sentry guards in and around the palace. You can get a photo from a distance but please be cool and do not try to get a selfie with one of them - they are working after all!

Important events of state also take place in the palace's courtyard. Announcements of royal births are pronounced by the Prince from his Gallery of Hercules that overlooks the gathered residents. There is also a lovely annual Christmas party for the principality's children so the Palace continues in contemporary times to be a fixture of Monegasque life rather than simply a historical attraction unlike many other European palaces.

It's most famous resident was the American actress Grace Kelly who married Prince Ranier III and whose grave is a popular attraction for people who travel to Monaco.

The resting place of Grace, Princess of Monaco

The grave of Grace Kelly, otherwise known as Grace, Princess of Monaco, can be found in the Cathedral of Our Lady Immaculate and is easily identified as the one grave amongst many royal burial plots with fresh flowers on it. After her unfortunate and untimely death in 1982 in a car accident, her husband Prince Ranier III asked that her grave be adorned with flowers at all times in a last act of devotion. 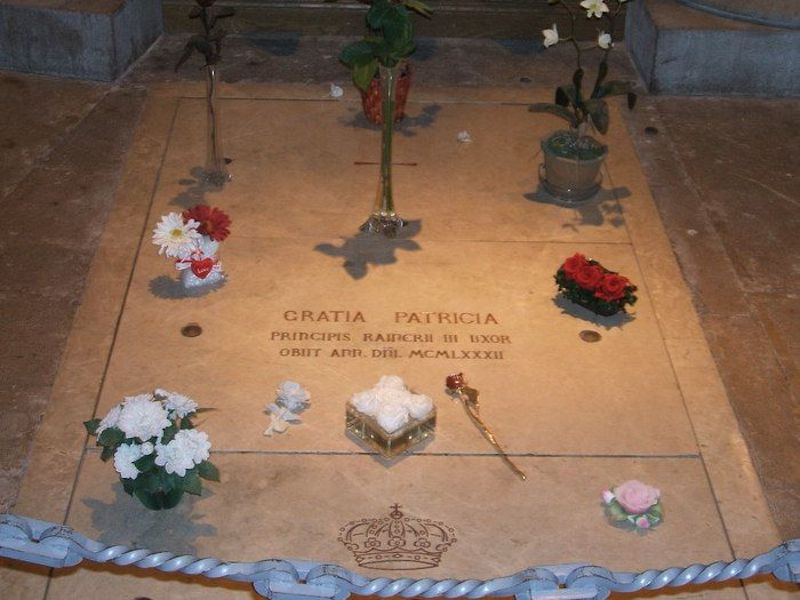 The Cathedral features a walkway for tourists to traverse, with Princess Grace's grave being found near the top left corner of the walkway when oriented with your back to the entrance. A holy place of worship, visitors are urged naturally to be respectful, considerate and quiet when inside.