The Brandenburg Gate is a stunning piece of triumphal architecture in the heart of the Berlin and is a must-see! You will find it close to the Reichstag.

What you need to know about the Brandenburg Gate

Access: There is no charge to visit the Brandenburg Gate as it is a public monument.

Fact: The iconic monument has stood stoically in Berlin since 1791. It was last exhaustively renovated in 2002 at a cost of €6 million!

An iconic symbol of Germany you definitely need to see

Having stood in the heart of Berlin since the 18th century, the Brandenburg Gate has always been a masonry celebration of Germany. Centuries ago, that celebration of Germany might have had an edge of imperialism and conquest about it (not just in Third Reich terms). Nowadays it stands as a symbol of unity following the end of the Cold War and helps signify Germany's place as a progressive force in the world.

A key player globally and also within the European Union, modern-day Germany is a strong economic powerhouse and enjoys a vibrant cultural scene. Symbols like the Gate are important reminders of heritage but claimed by modern Berliners as a cool, impressive icon synonymous with their wonderful city.

World renowned by those who travel to Berlin, it has to be top of your list of attractions to visit.

Expect some crowds in the middle of the day. Many tour groups start and/or end at the Gate. The Sandeman walking tours around Berlin are a Globedge fave as an FYI, and some of them are even free with just tips asked for at the end if you enjoyed the tour.

To have an unencumbered view for a kickass Instagram photo you'll probably need to get there early or late in the day but snapping a shot of this impressive landmark at any hour will bag you a holiday snap worth savouring. 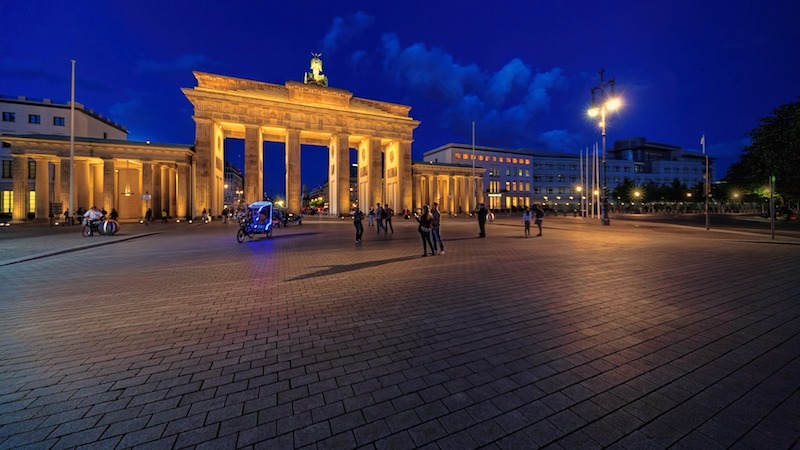 The stunning Brandenburg Gate stands renewed as a symbol of German pride & optimism.

The Brandenburg Gate has seen it all

As mentioned the Gate stands as a symbol of tolerance in a cosmopolitan city. More overtly than that it is a seriously impressive landmark standing over 26 metres tall and 65 metres wide! Its style is based on the Propylaeum of Athens’ Acropolis and it has a long, chequered history.

The sculpture at the centre of the Gate's highest point is a Quadriga (horse drawn chariot) carrying a representation of the Goddess of Victory. It was added in 1793 until Napoleon stole it and carted it off to Paris around a decade later.

Once Napoleon had been dispensed of at the Battle of Waterloo by opposing European armies, the Quadriga was taken back to Berlin where an iron cross and eagle were added to make it a symbol of Germanic victory.

The name of the area being Pariser Platz (Parisian Place) was given its name at this time to honour the anti-napoleonic forces who helped liberate the French capital city.

Damaged in World War II (the buildings that flank the Gate were destroyed during the war), restoration work took place in 1958 - including recasting the Quadriga from original moulds - and it has withstood the partition and reunification of Germany, standing until this day and likely to be a fixture of Berlin now forever. 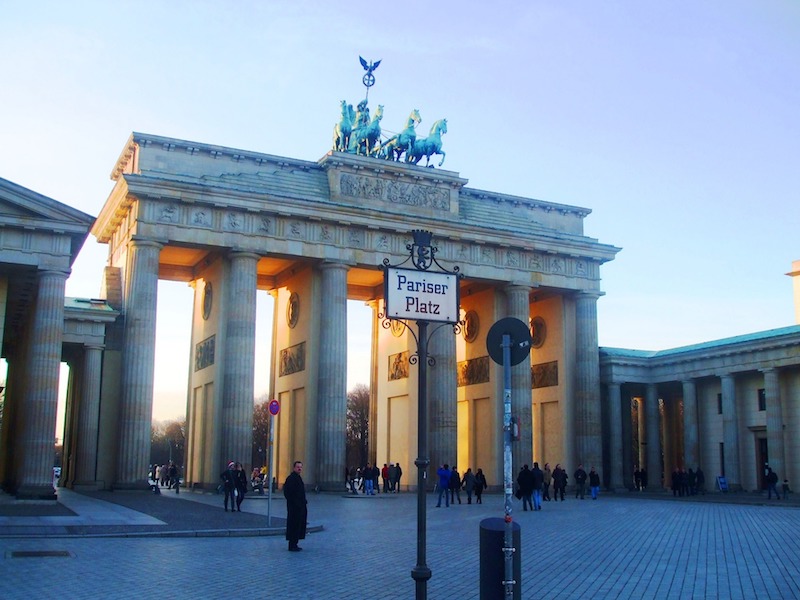 The classic area sign of Pariser Platz marks the area that houses the Brandenburg Gate.

You will find multiple reliefs portraying a Goddess and her attendants. Each of the featured figures is an embodiment of virtues such as democracy and friendship which makes sense when you consider that King Friedrich Wilhelm II ordered its construction as a symbol of Prussian peace and prosperity.

Areas of academic advancement including science and art feature on the reliefs, as do Greek divine hero Hercules and his fabled labours.

It also serves as a timeless memorial to the King who unfortunately died a few years prior to its construction being completed. His vision stands as a world famous landmark known around the world and one you definitely will want to see. 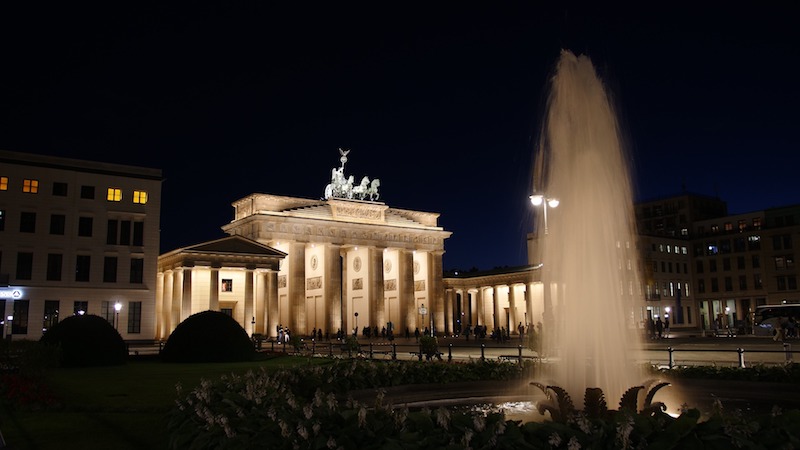 Hotels with fancy fountains are nearby meaning you can book a room with a potentially amazing view.

A venue for the Berlin Festival of Lights

Every year in October - a great time to visit Berlin as things are starting to get colder and cosier - major landmarks in the city are illuminated and covered in 'light art' that turns iconic buildings into canvasses for artistic flair. The attractions in Berlin are definitely all worth seeing regardless, but seeing some at night when they are lit up and 'painted' by artists is a sight to behold. 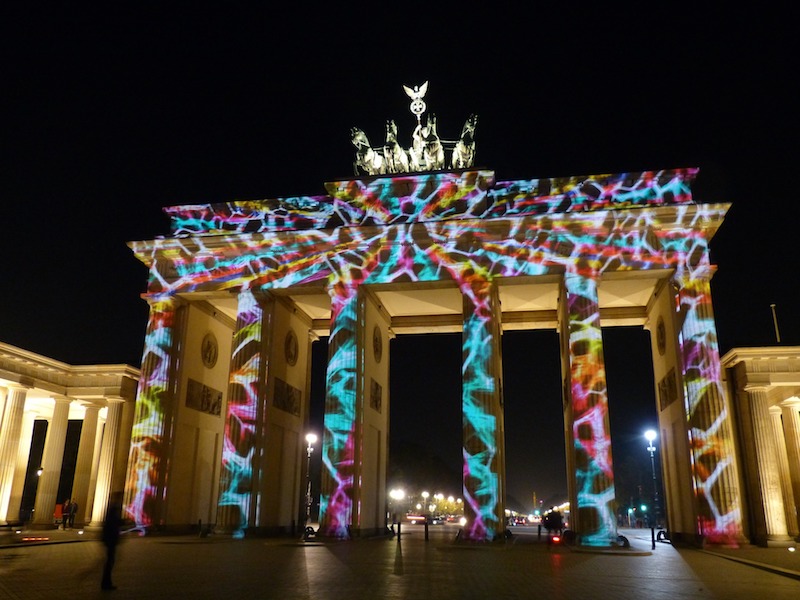 In modern times projections cover the long-standing structure to celebrate key moments for Germany, or to mark cultural events.