Step into the world of French opulence and utter grandeur. Versailles is one of the most lavish and stunning places on earth thanks to Louis XIV's insane level of vision and ambition.

What you need to know about the Palace of Versailles

Access: Tickets can be bought at the palace on the day but you will be queuing for up top an hour, so buy your tickets in advance.

A standard palace ticket costs €15 for adults. Children under 18, as well as 18-25 year olds from EU countries, can also enter for free.

A passeport ticket costs €18 and will also grant access to the grounds and gardens. On some days when there are Magical Fountain and Garden shows (weekends from April-October) this all-access ticket will cost €25 due to the additional activities going on in the gardens on those days.

The gardens are free to access in the low season of November- March.

Fact: The Palace of Versailles evolved over the reign of two French monarchs. Louis XIII built up smaller hunting chateau buildings in the 17th century that became a starting point for the eventual major development and building work undertaken under Louis XIV.

The latter's bold dream established Versailles as the setting for the immense Palace and grounds you see still nowadays. He ultimately held court at Versailles from 1682 onwards.

His successors ultimately continued to add to the palace throughout the coming years and ensured its place in history as one of the most grand royal residences in the world.

Step into lavish French history at the Palace of Versailles

Versailles is one of the most visited tourist attractions in Paris and continues to draw visitors from around the world. The sheer decadence and ostentatious palace that once housed French royals is simply stunning both inside and out.

The palace, the grounds and the scale of the work carried out under Louis XIV will amaze you when you take into account that the palace has stood for hundreds of years.

The trip from central Paris to Versailles is 20km and with public transport will take around an hour. You should not rush once you are there. Versailles is a place to be savoured - you are unlikely to be there multiple times after all - so bank on spending an entire day there. You can always get back to the city in time for a nice evening meal but there is a lot to see at the palace and that means taking a good few hours to see it all. 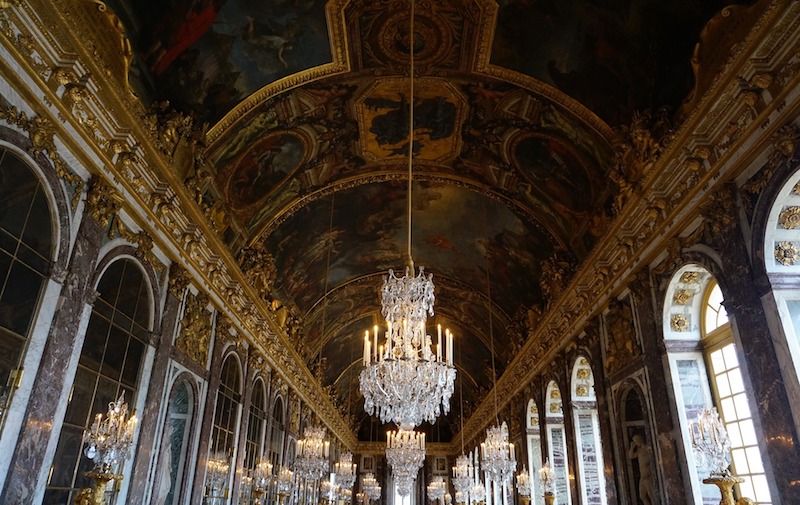 The Hall of Mirrors is the incredible central gallery of the Palace of Versailles. It is sensational.

What to expect on your day at the Palace of Versailles

Versailles is popular. There are around 3,000,000 visitors every year. That means that at least 8,000 tourists will be descending on the palace on any given day. There are coach trips arriving throughout the day so if you want the least amount of company while you explore you are best to try to get there early or later in the day, before or after the coaches. Basically if you go at lunch time you are going to be swamped by a wave of selfie sticks and a throng of tourists who have joined a group travel excursion.

It is still nice to see things regardless but to make it better and less chaotic you should try to get there as early as possible. Weekends are very crowded generally so go during the week if at all possible.

The majority of tourists will begin their time there by seeing the palace, then spend time in the gardens before finishing in Marie Antoinette's Estate. A Globedge tip is to see things in reverse order to be counter to the main flow of visitors.

You have the chance to join a guided tour for approx €10. It is worth it if you want to have a really in-depth delve into the palace, the royal family and how both intertwine in the history of France. The tours are serious value for money - a tour of the King's Private Apartments for example lasted almost an hour and a half (90 mins) and will provide access to otherwise unseen parts of the palace. Definitely worth the extra money.

There is also a free audio guide available at the Palace, as well as a free app that you can download from their site which will come in handy to keep you on track and make sure you don't miss anything major on your wander through the multitude of rooms. 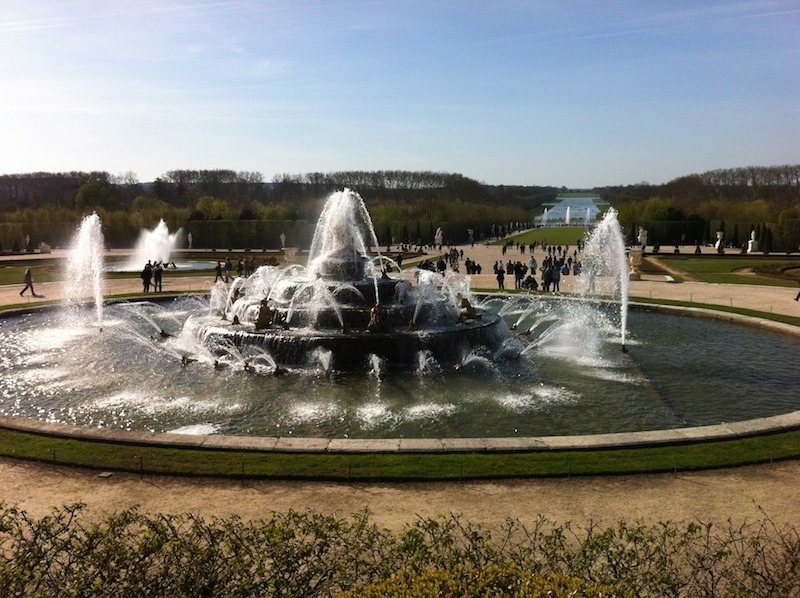 The grounds of Versailles have some beautiful feartures like the amazing fountains.

The main palace is fantastic but there is much more to see. There are relatively ancillary palace buildings that are less crowded but still sensational. There Royal Chapel is also a lovely space that you can visit and guided tours of it are again available. If you are planning to spend the day there (remember, you should) then extra parts like the Royal Chapel are a must to see. It is a fascinating contrast between the resplendent palace and the still impressive but relative piety of the chapel building.

The trip to Versailles is completely worth it and even if it is further outside of the centre of Paris than many of the other attractions in the city, it should be something that you dedicate a chunk of your holiday to for sure. The Royal Chapel is a really lovely part of the Palace of Versailles and definitely worth seeing.