Visit the memorial to France's fallen from the Napoleonic and Revolutionary wars. The Arc de Triomphe is one of the most famous monuments in Paris.

What you need to know about the Arc de Triomphe

Access: There is no charge to visit the Arc de Triomphe as it is a public monument and war memorial.

Fact: The site of the Arc de Triomphe was originally proposed to be the place where a giant building shaped like an elephant would be located. This was the plan of Charles Ripart - a French architect - until the French government did not give their backing for such a zany idea. The triumphal arch was instead commissioned by Napoleon after he was victorious at Austerlitz.

A work of art as well as an arch

The Arc de Triomphe stands proudly at the heart of Place Charles de Gaulle but is more than just a simple, if huge, monument. The four columns that make up the base are adorned with fantastic reliefs that depict military battle victories in sculpture.

Higher up on the top of the arch there are the names of the major war victories from the Napoleonic war and also of the French Revolution.

The inside also features notation of military battles won by the French but that may be less significant relatively speaking. The Arc de Triomphe also features the names of 558 generals from the period. Those that unfortunately lost their life in battles have been underlined to highlight greater their immediate sacrifice.

It is a beautiful piece of sculpture and masonry, making it not only the finest triumphal arch in the world but also a stunning standout monument in Paris. 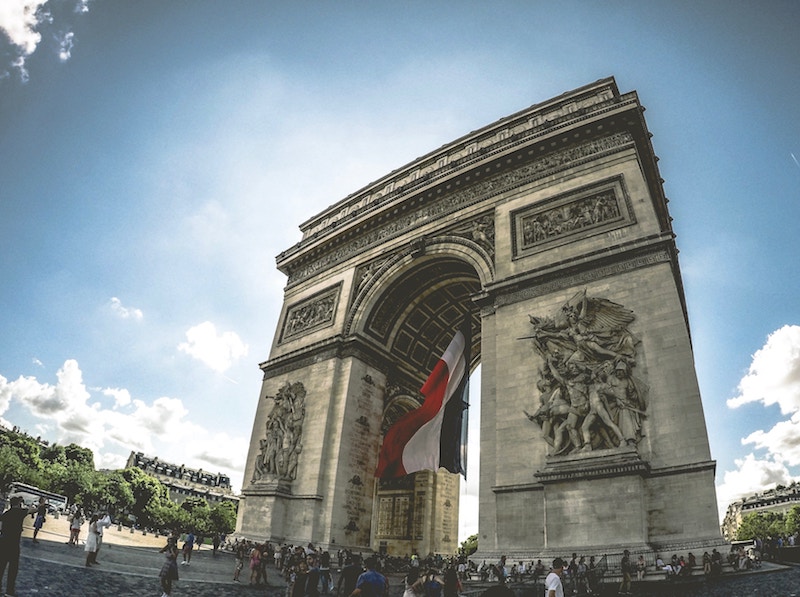 The Arc de Triomphe features some stunning relief sculptures on its columns.

There is one larger triumphal arch in the world than the Arc de Triomphe. North Korea created and unveiled their own Arch of Triumph in 1982, although it lacks the provenance of the bonafide military victories that give the European arches their prestige. 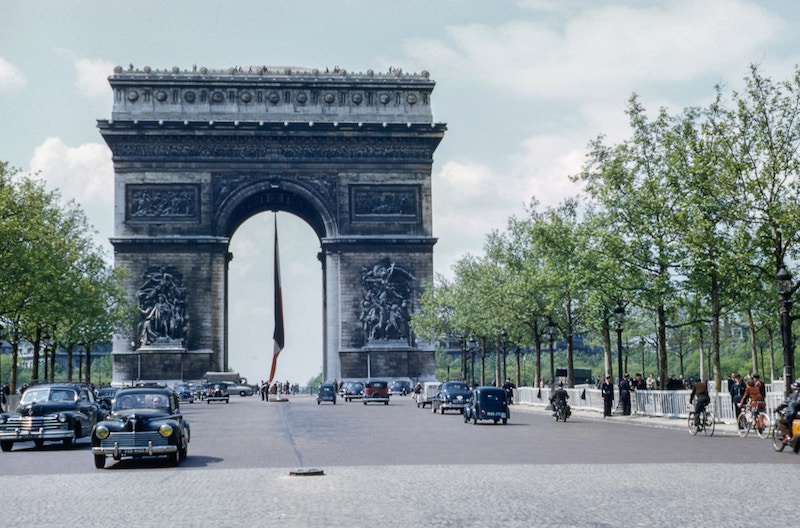 The Unknown Soldier rests under the Arc de Triomphe

It is fitting that the main place of celebration of war victories and fallen soldiers in Paris was chosen as the site to lay an unknown soldier to rest in 1920. As happens in many countries around the world, France has a Tomb of the Unknown Soldier as a memorial for all French soldiers killed in conflict, especially those who fell in foreign lands and were either not identified or not able to be repatriated.

The tomb lies under an appropriate inscription that simply states: "Here lies a French soldier who died for his fatherland 1914-1918."

There are few sights worth photographing in Paris more than the Arc de Triomphe. The famous arch does however sit in the middle of a hugely busy part of Paris where traffic flies around many, many roads that surround it. 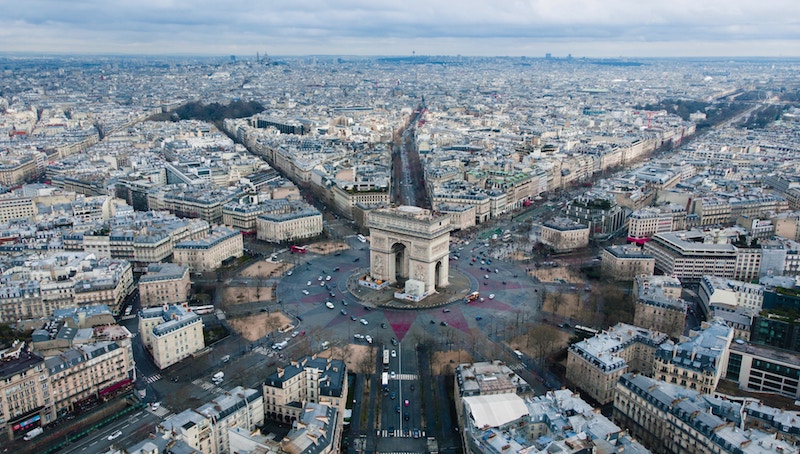 There are many busy Paris roads that lead to the Arc de Triomphe.

You will be able to easily snap the perfect photo for your Instagram without having to run through traffic. Jus find a good angle - you can literally walk around the whole arch - and a place to stand that includes pavement (not the road - Paris drivers do not play!) then when the view is suitably free of cars or people.... snap away.

There were actually two more direct and overt attempts to harm people in the 20th century at the Arch. Both Charles de Gaulle and Jacques Chirac survived assassination attempts. Infamous events that make a visit to Paris' premier monument all the more worthwhile.

Along with the Louvre and the Eiffel Tower, it has to be high on your list of things to do in Paris. 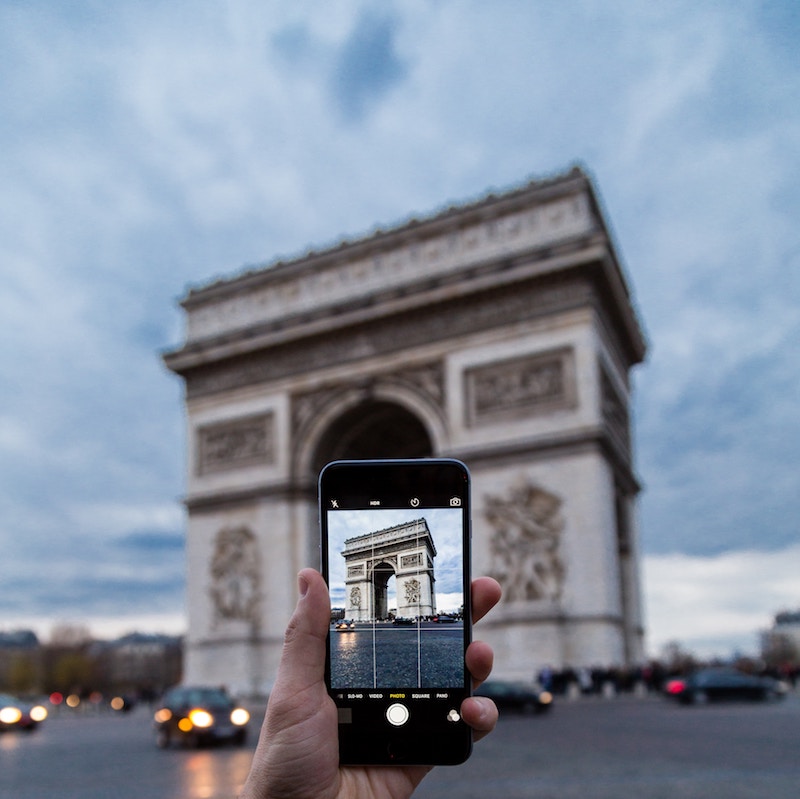 Taking photos of the Arc de Triomphe should definitely be on your list of Paris travel holiday snaps.